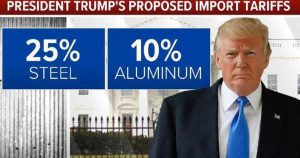 President Trump has imposed a number of U.S. tariffs as part of his “America First” economic policy to reduce the U.S. trade deficit by shifting away from multilateral free trade agreements to bilateral trade deals. Products affected include solar panels, washing machines, steel and aluminum. Separately, the administration has set and escalated tariffs on goods imported from China, leading to a trade war, unresolved trade talks, and repeated retaliation with escalating tariffs on both sides. All of this has negatively impacted U.S. manufacturers and agriculture.  Analysts suggest that Trump’s tariffs amount to one of the largest tax increases for many years, that they have reduced real income, and adversely affected the GDP. Attend this program to learn more about the affects of these policies on the U.S. labor market from experts in the field.

Alan Wild is Global Affairs Director of the HR Policy Association. Prior to returning to HR Policy in 2018, Alan worked for eight years as Vice President of Employee Relations and Engagement for IBM globally. He has extensive experience across the world in Employee and Labor Relations. A ten-year career in consulting with HR Policy and with BEERG was preceded by a HR career with Jaguar, Land Rover and Diageo where he managed Employee Relations and Compensation and Benefits for Guinness. He subsequently moved to the role of CHRO with the International Labour Organization and the International Red Cross in Geneva. During his 40-year career, Alan has worked in more than 90 countries in East, West and Central Europe, North, Central and South America, Africa, the Middle East and throughout Asia. He has been based in various locations in Europe, North America and Africa.

Alongside his employment credentials, Alan is author of a number of books in the area of employee relations and business advocacy and taught regularly at major universities in Europe, the United States and Japan. He is currently working on a new book, “Global Employee Relations Unplugged and Decoded – Managing Employee Relations in Global and Millennial Times.” He has represented the business community internationally at the OECD, the ILO (as a member of their Governing Body), the United Nations and the European Union. 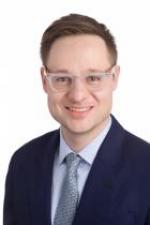 His research has appeared in such outlets as Comparative Political Studies, New Political Economy and Politics & Society, and he has co-edited special issues for Higher Education and the Journal of Industrial Relations. He has held fellowships at Harvard University and from Germany’s Max Planck Society, and received a teaching award at UC Berkeley. At Rutgers, he is associated with the Ph.D. programs on Higher Education and Political Science and has been selected as a faculty fellow at Rutgers’ Center for Cultural Analysis for 2019-2020.